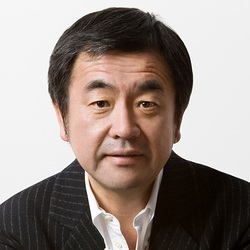 Kengo Kuma was born in Kanagawa, japan in 1954. He graduated from the school of engineering at the university of Tokyo in 1979, and continued his studies in New York in 1985-86, at Columbia University and the Asian Cultural Council. The following year, he founded the ‘spatial design’ studio and, in 1990, ‘Kengo Kuma & associates’; Between 1998 and 1999, he was a professor at the faculty of environmental information at Keio University. Kuma's aim is to ‘recover the tradition of japanese buildings’ and to reinterpret it for the 21st century.