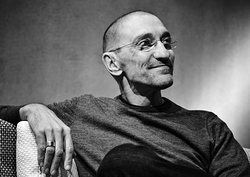 DORDONI ARCHITETTI is an associate studio founded by Rodolfo Dordoni, Alessandro Acerbi and Luca Zaniboni composed of a team of about twenty architects and designers. The Studio, located in the centre of Milan in a converted rice warehouse, has a sound experience either in architectural planning and in interior design, focussing its activity in particular on private houses and villas, industrial reconversions, offices, stores and showrooms, restaurants, hotels, yachts as well as many exhibit stands for several companies, designing their fittings-out in important sector fairs: BaselWorld (D&G / Dolce&Gabbana, Breil Milano, Ducati), Salone del Mobile di Milano (Ernestomeda, Fiam / Livi’t, Matteograssi, Minotti, Pamar e Roda). Furthermore Dordoni Architetti elaborates, cooperating with many prominent firms, various retail and corporate design projects developing, amongst the others, the concept for D&G Boutiques all over the world. The most recent realized projects, to mention the main ones in Milan, are the Japanese restaurant “ZERO Contemporary Food”, the 2nd floor (menswear) of RinascenteDuomo and the reconversion and transformation of the Ex-General Electric’s industrial area into lofts and showrooms. As for the projects in progress, at present the Studio is working on the restoration of the Baronial Castle in Collalto Sabino which will be transformed into a luxury 5* Hotel with a SPA and the realization of forty vacation ownerships near the historic village, the rebuilding of a boutique-hotel in P.zza Santa Maria Beltrade in Milan, a new building for offices and showrooms in Milan, the concept for the interior design of three residential towers in Malta, a new yacht concept design for Sanlorenzo shipyard, the interior design of a private villa in Kuala Lumpur (Malaysia) and the new showrooms “Minotti” in New York and “Flos” in Beijing. Moreover the Studio realized over the past years many villas and private houses in Milan, Lago di Como, Forte dei Marmi, Noto, Courmayeur, Cap Martin and Moscow.